How can we help you today?

UPDATE, DECEMBER 2022: As a result of the new Amazon SP-API migration, we are no longer able to add new SKUs to existing shipments. The quantity of existing SKUs in a shipment may be adjusted, but new SKUs will be added to a new shipment(s) even if destined for the same fulfillment center.

Once you have finished adding all of your items to a batch (Adding Items to Batches in New BoxT) and (if necessary) listings have been created (Creating Listings in New BoxT), then select the "Create Shipment Plan" button in the lower corner of the screen.

Be sure the desired PO or batch is selected, as illustrate here:

When the shipment plan is returned, NEW shipments are designated in RED "New Shipment to..." (circled in red in the diagram below)

NOTE: Prep Centers and 3PLs especially need to pay careful attention to the destination of existing shipments that are modified to make sure you want items added to those shipments. If a shipment is closed out in Seller Central but not yet synced in Boxt it will be considered for adding shipment items. You can sync shipments in Boxt by clicking the sync button next to the shipment. 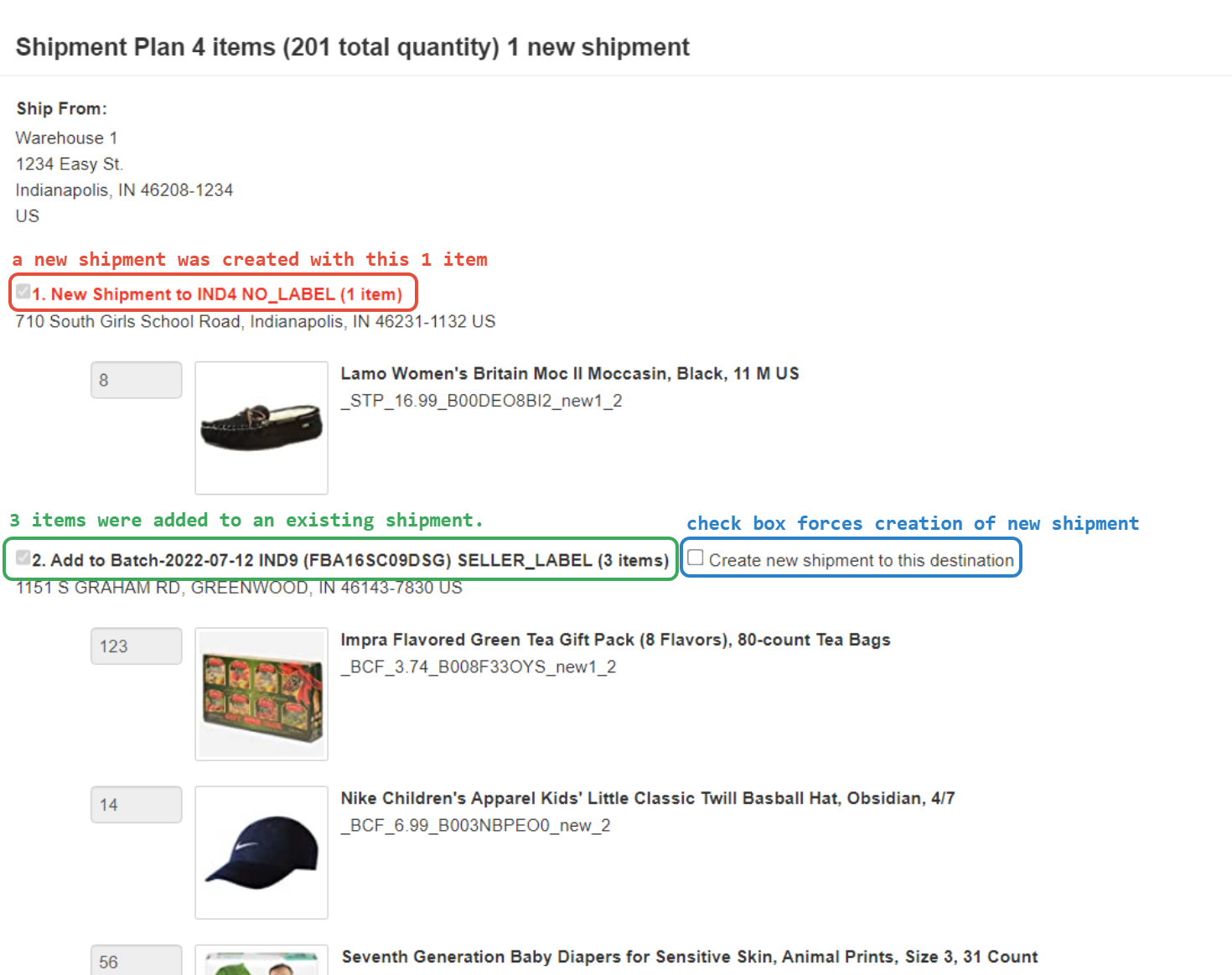 When you accept the shipment plan by clicking the OK button, items will be added to the shipment(s) as outlined in the plan. You will see a green notification as well as the new shipments added to existing shipments in the Shipments column.

Did you find it helpful? Yes No

Send feedback
Sorry we couldn't be helpful. Help us improve this article with your feedback.